Those of you who have even sporadically followed this blog know that I deal with health issues - both physical and emotional. I've been working hard on the physical stuff by upping my nutrition and exercise game, but it didn't have much effect on my mental health. Then I got a plant. Not just any plant. This beautiful (and cheap) beauty here. 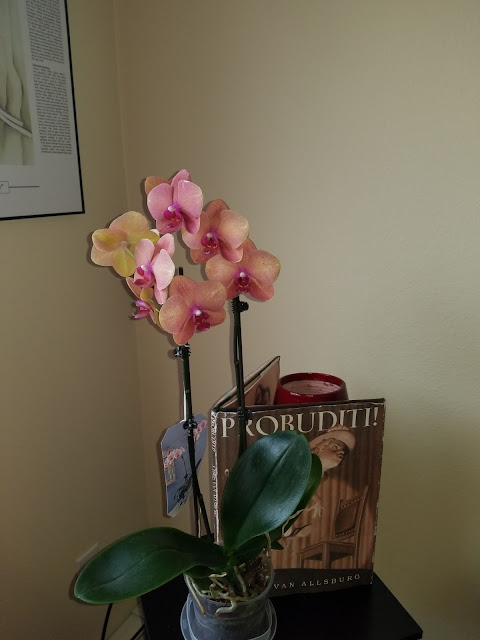 She's a moth orchid - or, more formally, a Phalaenopsis (praise copy/paste!). I found her at Walmart and she only cost $10. Perfect.

Who knew what a boost this would be to my emotional health! Also, notice that she really does kind of resemble a moth if you look close and hard. 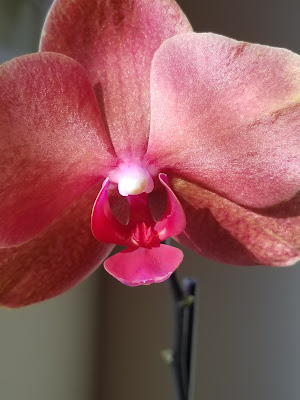 I still struggle with keeping depression at bay and I'm dealing with the constant fatigue and some anxiety but... Oh, my goodness, how this plant brightens even my worst days.The only problem I can see with having a living plant is that there are days when I might be bringing it down! Poor plant is probably struggling with its own emotional health. I think she's okay though (and, yes, I think of it as a 'she') because she's rebloomed once already after losing her first petals at the start of the cold weather season.

When I noticed her petals falling away, I remember thinking that she was dead. Then I realized her leaves were still so beautiful and healthy. Thanks to a site called Just Add Ice, I learned how to nurse my plant back into the reblooming stage.

Now, understand that I not only physically have a melanin-rich thumb, I have the proverbial brown thumb like you wouldn't believe. My mother could bring a plant back from the dead and once grew a plant from a freaking potato. My sister was great with plants and three years after her passing, my niece still has her surviving ivy, ferns, and plants we don't know the names of. Me? I once killed a cactus. True story.

When I managed to get my orchid to rebloom, I almost couldn't believe my eyes. It happened really fast. I was able to track the reblooming with date-stamped photos I took with my cell phone.

I'm pretty sure that I got her at the end of August 2017 and she was pretty bloomed up then: 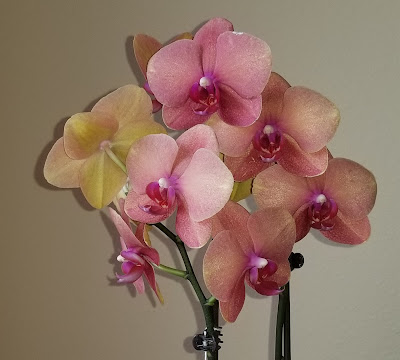 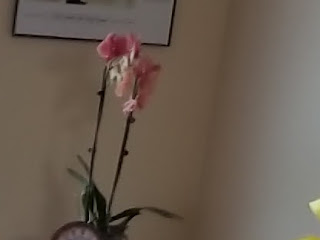 
Notice that those leaves are still gawgeous tho! I followed the advice I found on Just Add Ice and used some love and Miracle Grow a few times a week. 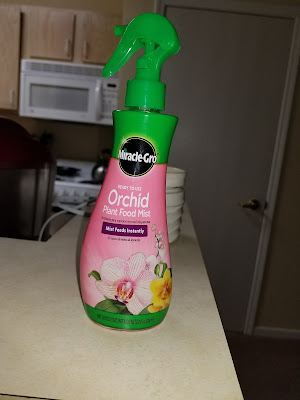 The leaves stayed healthy but there were just some little nibs where the old blooms had been. Then about 5 weeks later, she began showing up and showing out: 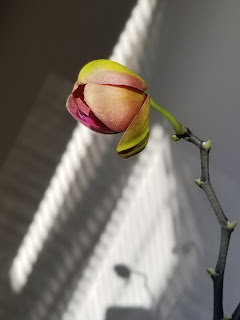 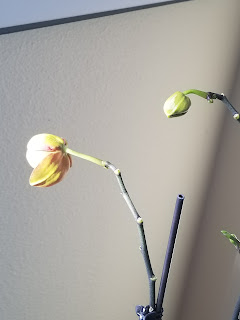 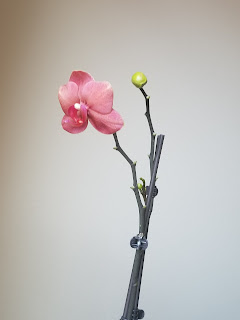 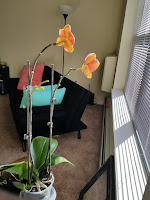 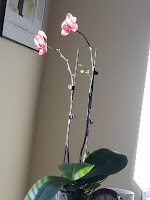 I was pretty pleased! Of course, there are a couple more buds that haven't opened yet, but someone advised me that that is normal. They also suggested that I move her to a bigger planter. I have one for her but I'm scared to move her. Things have been going so well that I don't want to irritate the gorgeous thing.

While I was posting and telling all my friends about my plant, I saw that one of my neighbors had one outside her door the other week. First of all, how cute is that snail planter? Second, look at those blooms! I ranted and raved and even shared photos of this plant before my neighbor informed me that it's a really good fake. The leaves feel so real!


I was kind of selfishly happy that such a perfect plant was artificial. Ha! My plant is real and thriving. The orchid has done so well that I got this other plant that I saw on sale this week: 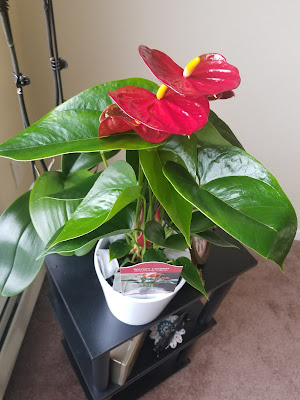 This one is labeled as being the "world's longest blooming plant". It's called an anthurium and is also called the "flamingo flower". I love that and I just adore the colors. She and the orchid look good together and they use the same type of care - ice and indirect sunlight and moderate to warm temps. 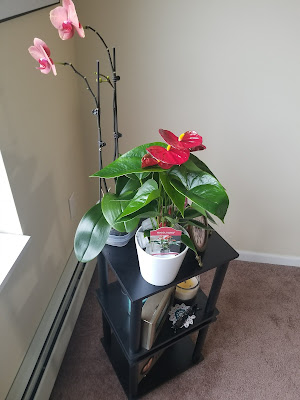 . They both bring me so much joy. There's a sense of nurturing that I've missed the past few months. Also, plants are the cheapest kind of decoration for a living space. I can literally sit for an hour, just looking at these plants and contemplating what an amazing world the Lord prepared for us here.

So, if you are feeling a little down, get a plant. If you don't want to take care of one, get a fake one since there are apparently some great fakes out there!