Finally! Finally, I have found a water bottle that I love. I have been buying certain types of water every now and then just so that I have those bottles to drink out of. That's not good because of the types of plastic they're made of. This is the last bottle I used for about a week: 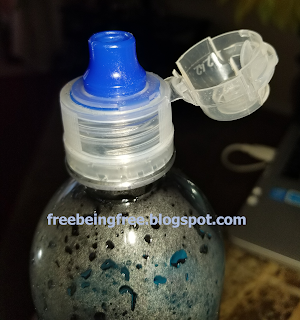 Not good. Not good at all. I don't even like to water plants out of that bottle.

The thing is, I just like that type of drinking spout. I drink more water when I have that type of spout and I can't tell you why that is. The problem was I could never find a refillable bottle that was a good price and had a good drinking spout. I didn't want to pay more than ten dollars and I didn't want something just because it was a hot or popular brand item. I didn't think I was going to find anything I could afford. Until now. I saw this and knew that this was the one. I mean like Neo-the-one, the one. 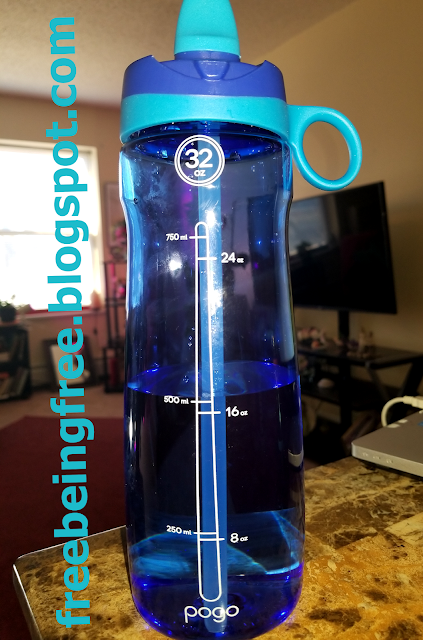 That is the Pogo Tritan Water Bottle (with the soft straw spout). I got the Blue and there are 6 other colors.

Man, I LOVE this thing. It was extremely affordable ($8.29) and it has one of those "soft straw" spouts that sip just like the throw-away bottle I was using. As a bonus, it has fill markings along the side. It's perfect. Oh, and it even has this little "carry loop" thing that I didn't think I'd use but actually do.

One thing I had to get used to with this Pogo is that I don't have to tilt it to drink from it. I didn't realize I was doing that until nothing came out when I tilted the half-empty bottle. It was a kind of "oh, snap" moment. (And, yes, I did feel a little stupid at first!)

The Pogo comes in different colors and there is also a choice of the type of drinking spout. I didn't want the "chug" type because I've had that sort before and it doesn't work as well for me. 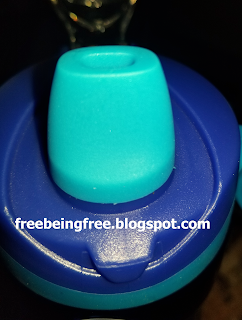 The one advantage that the chug style has over the soft straw bottle is cleaning. The soft straw has to be taken apart a bit to get it fully cleaned every now and then. 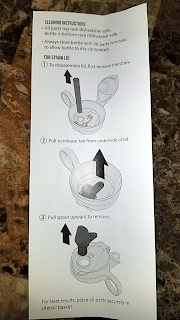 Also, for both styles, the bottles are made for cold, non-carbonated beverages. They are not meant to be microwaved, frozen, or cleaned with abrasives. I can live with that.

Personally - and maybe this is weird - I just can't drink as much water any other way than out of the right container. I almost never meet my daily water goals because of this.

If you are looking for a great water bottle at a really good price, this one might be or you.