This is a post that I was originally only going to publish on Free and Faith. I decided that it's one of those books that could be of interest to everyone - whether Christian or not. 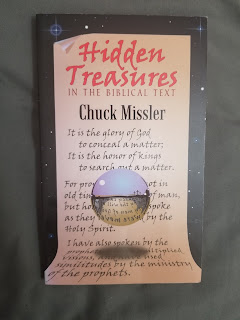 By the way, I am always astonished at people who will devote a lot of time studying secular subjects such as philosophy but never think to look seriously at the Bible. It might surprise even Christians to know how much of human history and secular history is corroborative. I have one acquaintance who, like myself, loves the Matrix movies. He can discuss the philosophies and mythologies of that series until the cows come home. When I once mentioned to him how the Bible runs deeper and is more complex than that work of fiction, he basically snorted at me. It was a friendly snort and done with love but, in his view, the Bible is a simple book of fables. If he only spent a little time exploring the book, it's languages, and its complexities, his mind would be truly blown. He's a very intelligent man and so curious about all things - except the Bible. And that is kind of ignorant.

I have been doing a lot of Bible study for the past couple of years. I have read the Bible many times but I have only recently been going deeper into the study of it. I have some trouble sorting and keeping information straight but I don't mind repeating lessons.

The study I started a while back is one by Chuck Missler - Learn the Bible in 24 Hours, which can be found in video format on a YouTube playlist and on Amazon Prime Video. It can also be found in audiobook form through Audible and via local library media streaming services like Overdrive and Hoopla Digital. I think the last time I mentioned it was when I was posting about my news-fatigue. I kept getting as far as Hour 9 and having to go back to the beginning. I have now ordered the book so that I can make notes as I go through the video lessons. 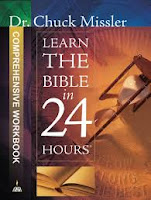 The Chuck Missler book I wanted to mention to everyone today is called Hidden Treasures: In the Biblical Text. And if you wonder why I study so many lessons by the same teacher, that's because I am very careful who I study under. Not every teacher is godly or has good intentions.

Anyway, this current book is one that I want to recommend to my friend the next time I see him. I have listened to his detailed thoughts on various philosophers and teachings so I want to challenge him to think about things from where I sit. Another Missler book on angels would probably be extremely interesting to students of physics. I was no genius in school but Angels Volume 1: Cosmic Warfare introduced me to quantum physics in an exciting way that I could relate to. Trust me when I tell you that while I had heard of Max Planck, I had no clue before why he won a Nobel. I am forever fascinated now! And my friend will be interested in learning that Missler shows why he believes we live in a digital universe. Wha-??? How Matrix-like is that?

I will do a post on the Angels series another time. Back to Hidden Treasures...

One of the most interesting lessons in this little book gives the reader an assignment to design a genealogy with 14 very specific criteria. Once you attempt to do this and realize how difficult (if at all possible), you are presented with how it was completed in the Person of Christ.


Another thing I am enjoying about this study is that I get to delve more into the Greek and Aramaic languages and history. I  have been able to study some common world history right alongside that shown in the Bible. It's fascinating stuff.

Like I said, I wanted to post this here because I wanted people who may not be Christian to know about the book. I want to challenge some of you to not just sit back and snort at the idea of a belief in Scripture but to at least know what you are scoffing at. Like any serious thing, the Bible is not something to be glossed over. In order for us Christians to confidently believe in the Gospel, we have to know it. The same goes for those people who may want to deny it. How can you deny what you don't know?

Anyway, I hope that this post encourages more people to study the Bible and the history it comes out of. It won't hurt that you will learn something about world history in the process. I was stunned by how much of the history I learned in school has to do with the history of the faith I profess.

By the way, that challenge to design a genealogy? You will get to study for yourself how all the criteria were met in the genealogy of Christ in the first 11 verses of the (Greek language) Gospel of Matthew.

And, instead of music today, I thought this was more appropriate