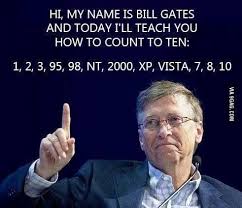 I have been a solid Windows customer ever since I started using computers - you know back when dinosaurs roamed the land... Whenever family members tried to talk up their Apple products, I would remind them that my computer could access and use more software than their snooty Macs. Also, even when I was making good money, I refused to spend so much on a computer. These days, Windows computers are seriously the only thing near my price range. But to paraphrase an INXS song, here lately, I look around and wonder what I'm doing. Maybe I need to look at another kind of computer in the Used category?

In the past several weeks, every damn time I turn around, there's a problem with Windows. I had to actually have someone go into my PC and have it stop automatically downloading the updates because even if you use Settings to delay them, they still download if you shut down your PC. I don't want updates just forcing their way onto my system. I want to know what kind of issues they cause before they get onto my computer. I'm running 3 different malware and virus programs because I don't trust Windows Defender... 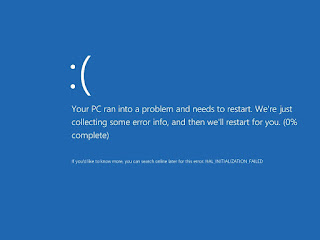 Apparently, I am not the only one complaining about the quality of Microsoft of late. It looks like these challenges are starting to look bad for the company. I have lost count of the patches and fixes for all the recent updates. There's helpful info online about how to handle some of the issues but I don't have the brainpower to apply the suggested "fixes". Besides, I shouldn't have to constantly be working on fixing Microsoft's problems. Not to mention that I've been unhappy for a long time with the way Microsoft holds Office users hostage to the $70/year subscriptions. You can use Office for free online, but that's very limiting. You can also get Office for a one-time charge but if you want updates, cloud storage, or anything beyond the $150 you spend for the standalone software you are going to pay and pay and pay. As if Bill and Melinda need any more freaking money to spend in the next five lifetimes...

So. I have been looking for something to replace Office. Now, I hate change and I dread the idea of having to learn something new right now, but I'm getting desperate. If I end up stuck with Office, it will only be because my brain is not great at picking up anything new. However, there are a lot of articles listing alternatives so I can't be the only one getting sick of Microsofts charging so much to use their software. This is some of what I have found and will be checking out:

ZOHO - This looks to be best for the professional/office/business user. It's actually called Zoho CRM and I had to look that up to know it stands for Customer Relationship Management - "A system or strategy for managing client interactions, dealing with future and current customers, optimizing and systematizing relationships." Okay then.

Here's a pricing plan page, but I have seen info about a free version. I think I need something tailored specifically toward home users.

This article has some suggestions as follows along with why:

**This article also included WPS and makes me want to take a closer look at it. A huge positive is that it includes 1GB cloud storage (and I haven't found that with anyone else for free) and is called an Office 'clone'. A huge negative is that the free version is ad-supported and I'd have to pay to get rid of the ads. However, it's only $30/yr to get rid of ads vs the $70/yr for Office. Because I'm kind of pissed at Microsoft right now, I think I'd rather give the money to a smaller service. 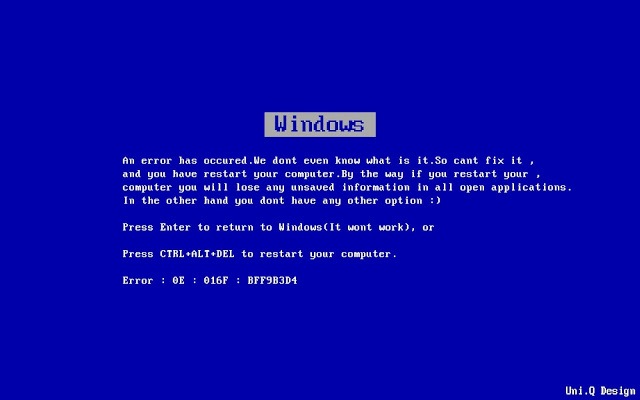 I am already giving LibreOffice and FreeOffice a try and I will do an update to let you know how that is going. For your own perusal, here are some articles discussing some other alternatives to Office 365:
As far as possibly switching to a Mac, I would have to sell at least one of my bad kidneys to afford one but I have been checking out the pros and cons. In my next post, I will talk about some alternatives to the Windows operating system.

For music, this, because I argued with someone recently that Jon Farris was hotter than Michael Hutchence. He's still hotter than a jalapeno. And the songs are still great.