This new place I'm living in is just fantastic. It's a beautiful hotel-style building that's entry-secure, and clean. Living here, I'm  close to shopping and banking. I can get basic groceries from a store that is literally less than a 5-minute walk away. 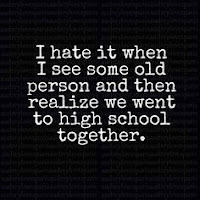 If I were a more social person, I could stroll down to a couple of nice bars and restaurants. If I were social! If I could swim, the lake and a beach are a block and half away. Of course, people who know me know that I'm most certainly not a social butterfly. I am a hermit crab of a woman.

So, yes, I love the building I live in.

Okay, see here's the thing. I live in a building that's for seniors. The minimum age is 55. I'm 56. The median age for the residents currently living here? Oh, I'd say that would be about 75.

One of the things I've learned about this Iowa (or at least the Northern part I live in) is that the people live a looong time. Not only that, these old folk are pretty healthy. There's one woman here (I'll call her Lucy) who usually walks everywhere. Every day. Granted, 'everywhere' is close by like I mentioned before but, still, this woman is ninety. To look at her and the way she gets around, you could guess her age to be somewhere in the early 70's. She moves better than I do.

Of course, some of my really old neighbors don't get around as well as Lucy. There's one old lady who still drives and that scares the crap out of me. She uses both a cane and a walker. She uses the walker to get to the car. She puts the walker in the trunk, then uses the cane to get to the driver's seat. It then takes her a couple of minutes to get in and get situated. And then the nightmare starts because this slow-moving nonagenarian (yeah, I looked that one up too) drives like she's in a police chase on an L.A. freeway. I've never seen anyone not headed to an emergency back out and take off that fast.

Thankfully Maria Oldretti doesn't drive that often. This town is small enough that most people probably recognize her car and know to get the hell out of the way... I won't even go out into the parking lot when she's anywhere near her car, bless her heart. 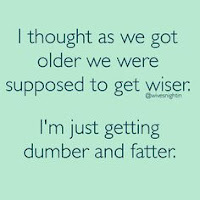 There are a lot of benefits to living around the elderly. They are like walking history books. First-hand history at that. I've heard some of them talk about growing up on farms. A few of them come from places outside of Iowa. I don't spend as much time with any of these people as I should - ironically because of my health issues - but I am getting a glimpse of what could possibly be my future.

I was talking to one of the older gentlemen the other day, telling him that I'd be soon looking to get a used vehicle. He said, "I wish I'd met you a month earlier because I just gave my car away." (He is pretty much bound to one of those motorized chairs for his mobility.) I asked why he gave away his car. "They took away my license. I couldn't use the car so someone might as well have it."

The first thing I thought was how nice it was that he gave away car to someone who needed it. Then I saw how sad he looked when he talked about losing his license. (Another resident told me that it was his kids who lobbied for him to lose his driving privileges. I want to know if Maria Oldretti has kids I can contact!)

See, the thing I'm noticing is that we look at the very elderly as if they aren't whole human beings. We sometimes only notice the stooped postures and sagging skin and voices that creak a little. That's all I used to pay attention to. Now I'm learning that no matter how old a person lives to be - 80, 90, or even 100 - they still possess the soul they had from birth to the present. I know for a fact (because I've heard them talking) that some of the old folk are still having, um, intimate relations. All I can say is they are getting more action than I am!

What's sobering to me is that their are younger people who look at me the way I've looked at older people. And I've learned something about myself: I'm not sure how long of a life I want to live. I say that and worry that I'm offending God, so I want to clarify what I mean. 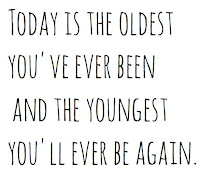 No one wants, I don't think, to be old and lonely and forgotten. That's the one thing I didn't understand when I was married to a pretty decent guy. I think that's why you should get a good mate and hang on for dear life. Some of these people have been married for 60 and 70 years. Then again, some of them have been married for less than a decade.

Then there are the widows and widowers. Those are the ones I feel the most pain for. I can deal with being an old single - because I was a young single - but I don't know what it must be like to lose someone you spent many, many years with.

I'm a loner but don't ever want to get to the point where I feel lonely. Some of my neighbors seem to be forgotten by family and friends. There are a couple of people here who never come out of their apartments. They don't come down and sit on the lanai (or whatever you call our front porch area) or use the common room. For some of them, if it weren't for the personal housekeepers, they'd never have company inside their apartments. And that is very sad to me.


When I was in my teens, I thought anyone over twenty was 'old'. In my thirties, I couldn't imagine being fifty. I'm in my fifties and I look at the 80 and 90 year old people and realize they aren't simply old, they are survivors. I don't know how long I want to be in the battle of being mortal. Then again, every time I attend a funeral, I am always glad to still be alive. 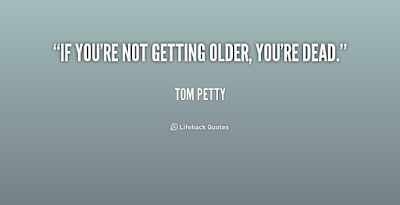