Let me start by saying a few things about Bibisco:
There. Now let me give you an overview of my experience so far.

I found Bibisco while I was trying to decide whether or not to buy Plottr. Plottr looks awesome but I could never get the trial to work well enough to try it out. Also, Plottr is $40 and I simply cannot dig that deep into what I laughingly call my "budget". I can't even tell if Plottr would be worth the money since I can't use the trial. If there are problems with the trial version, then...

Anyway, I found Bibisco via one of the sites that lists the alternatives to programs. Unlike most open-source software, I was able to easily download and install it. That was a Plus. And then I started playing around with it and was blown away.

The best thing about Bibisco is that it helps you really get acquainted with your plot and characters. I know that it seems like I would be very intimate with both after years of messing with this story in my head, but, no,
Bibisco doesn't just help you get your novel outlined and set up. It's sort of like a human motivator. You are prompted to do some of the things writers least like. If you are like me, you just want to start writing and get the story told. There is work to be done beforehand that can make the storytelling job easier in the long run. If you really do understand why and how you are going to tell an amazing story, it's easier to get on with it.

Now, I will take a lesson from Writing Advice 101 and show not tell: 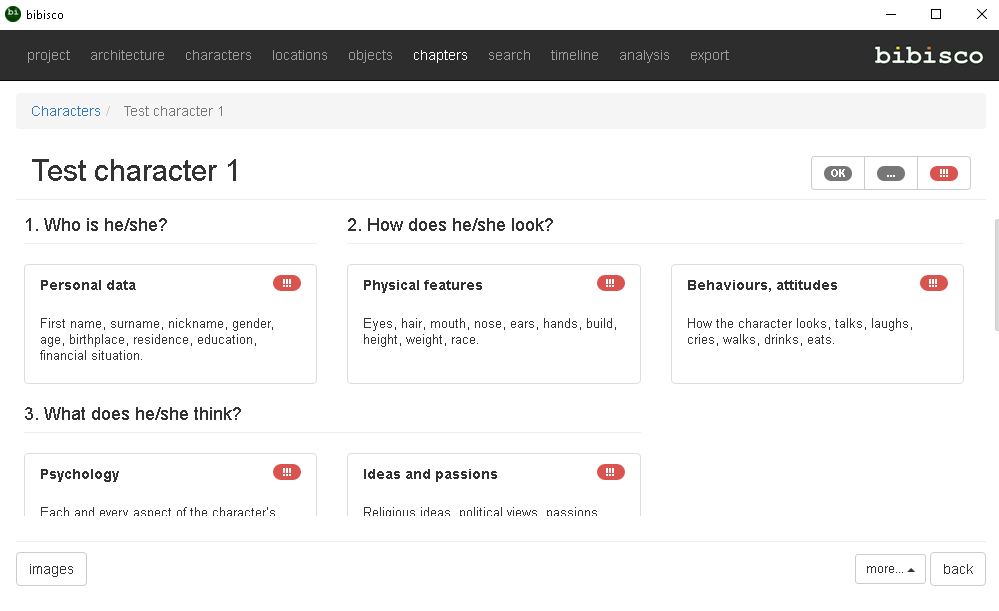 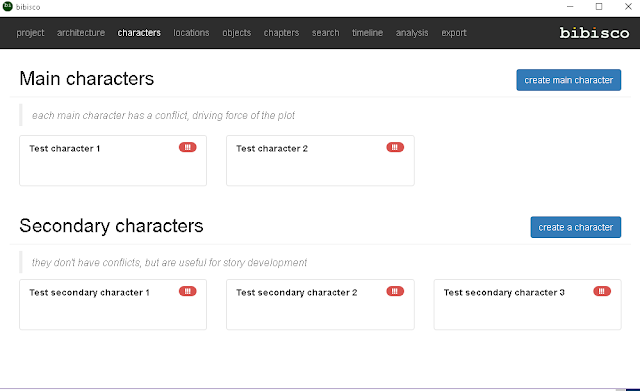 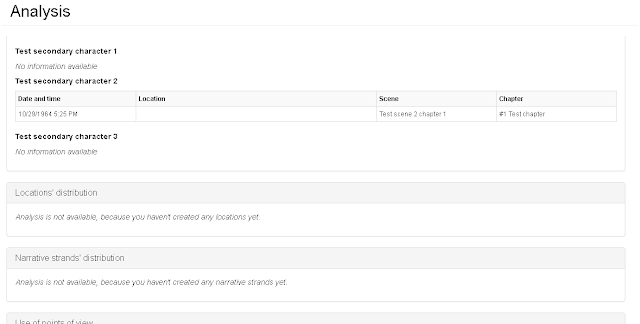 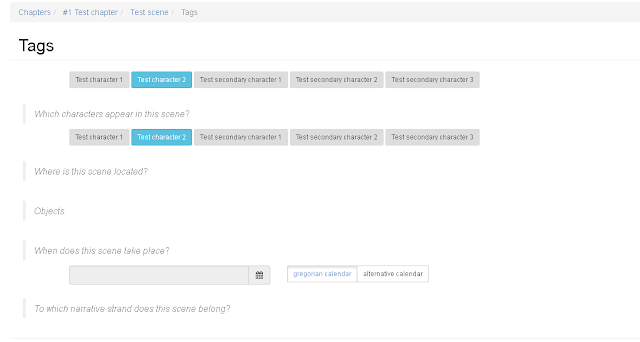 Let's hope I didn't duplicate any photos up there.

So you can see that Bibisco helps get and keep you organized. Once you are on your way, it helps you track scenes and characters or even rearrange them as needed. Those are all my raves. Let's get to some of the negatives...

One thing you are going to want to do for every project is to dedicate a place on your desktop. Do NOT just store your Bibisco project somewhere in the clutter of your other files. I did that when I downloaded Bibisco CE (the free version). When I donated to get the SE (Supporters Edition), the old files integrated nicely with the new version but I goofed somewhere and couldn't find the last updated files. I rooted around in my computer folders like a crazy woman looking for something in a dumpster. Worst of all, the Bibiso app did not pull up in any searches or the Start bar. I had done a print of my work to that point so I just went ahead and dumped everything to start over. Somehow, part of my old files restored.

So WARNING: do what I have. I set up a folder on my desktop just for storing all things Bibisco. I also set the Bibisco app up on my taskbar so I don't lose it again.

Even though there is an Autosave function, I recommend exporting every now and then. You can export to Word, PDF, or as an Archive (whatever that means).

Bibisco is super awesome but it is open-source. Maybe it's just me, but I have a history of stabilization issues with open-source software. So, once again, the only downside to Bibisco is that you must back up everything often and in every way you can. Just in case.

One last thing: The GitHub download of the Supporters Edition is a pay-what-you-want deal. Kind of. I think it starts at 12Eurodollars minimum. On the day I ordered, the conversion charged was $13.16 USD.