Since I suck as an aunt & haven't finished the 2nd video for the fam, I am posting some pics here.


Drumroll, please...
Lil' Man is a year old. All downhill from here! 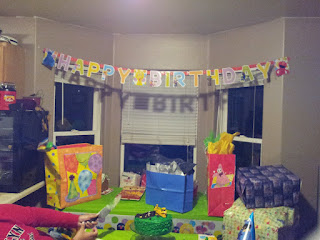 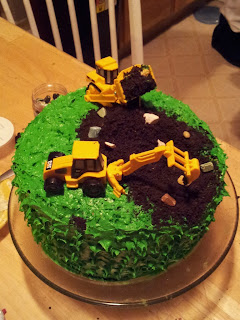 Hope you guys (especially Miss Karina) enjoyed the pics. I thought of playing this song at the party, but... Deej's a little young yet :-)

"There was a time when sin had to whisper."

I'm not really sure where that thought came out of my thought ramblings, but - there it is.

I almost don't even want to mention it, but along with my Bible readings, the recent school shooting is what prompted this post. Senseless murder, unnecessary death, all kinds of hate. So much ugly stuff happening. How horrible are the words "the latest" before any other words like "school shooting"?

At the rate we are going, everyone will be killed off before the Mayan Calendar nonsense can be proved right or wrong. Personally, I believe what my mother used to say: "The Bible is fulfilling itself." This was her mantra every time there was something ugly in the news. I always did the sigh/eye-roll routine when Mom said her thing. These days though, I am turning into my mother.

Not long along, I watched an interesting video called "The Daniel Project." The link here is to watch it (for free) on Hulu.com, but this is the link for The Daniel Project site. (Interesting tidbit: the presenter - Jeremy Hitchen - is an atheist. I suppose since he is mostly paid for voice-over work, this was just another paycheck.) I noticed that there was a "Daniel Factor Conference" in August this year (Link is to Part 1 of video.)

What I wonder, is how that Hitchen fellow can remain a fully committed atheist when he heard the points made in the T.D.P.  video? Sometimes, I hear less factual or impressive info from an atheistic p.o.v. and am pressed against my own faith. My beliefs are rooted in a religion (one I bet my very life on). Is Atheism a religion?  If not, what are atheists like Mr. Hitchen counting on?

I look at just a couple of points that are often mentioned by eschatologists - those who study prophecy:


For those who are interested,  here are a few resources for your perusal:


I have to say that among all the different ministers, denominations and conflicting studies in Christianity, it's sometimes tough to find good information. I have never found any disagreement between the teachings of Ankerberg & Martin and the Bible. The most important thing to remember when doing any Bible study is that, when in doubt over what a man (or woman) says, go back to the Bible itself. Pray for understanding. Just pray.