I finally got my tired behind up off the bed, you guys. Feel somewhat better, so I'm thinking I may have just been over-tired.

And... This is what I spent the last hour watching on Hulu. (I promise I hardly ever do this kind of post, but it's the lazy gal's way today. Plus, I wasn't so depressed after this. Just about broke a rib laughing at this mess.) **By the way: Thanks Hulu.com You guys are the only reason I even look at TV when I do!**

Please tell why it is that whenever Bravo adds a new member to the Housewives, it's never one that is just completely different from the others? All they ever do is add someone in a different shade of annoying - maybe with a different hairdo or something. This new chick here - boy is she a trip. Her husband is a plastic surgeon & she is an "actress on baby-raising hiatus" (or some such crap). Basically, she is a wanna-be-old-money heffa with too much time on her hands. I've seen her raising babies exactly 3.0008 seconds (there's an army of invisible nannies somewhere because the kids disappear with them). The rest of her time is spent thinking of really classy ways to spend hubby's money. Last week she and some friends "choppered" over to L.A. to get advice about a restaurant they want to open. (I'm hating, but I gotta admit that whole helicopter thing was kind of pimp. Not for me tho - no-no, I have those phobias...)

Anyway, this clip here is of her doing something that made me like her for about 4 minutes (when she entered a Mud Run for charity) before she went and annoyed me again:

Uh, scuse me, Ms. Vanderbilt, but you just crawled out of the mud with these folks. What's the deal with sharing a spray-down? Think you're going to catch that one germ you missed earlier?

Dumbass. (I would nickname her something like "Slitch" or "Snotch" - for silly-snotty-bitch, but I usually reserve "bitch" for folks I really like.)

I used to hate Vicky, but she's an original cast member. She's grown on me. I feel protective of her. She's like that crazy cousin you see only at reunions - the one who just tap dances all over your last good nerve... I can talk about her, but I don't like anyone else messing with her.

Well, guess what? She has this new creepo boyfriend. There is something just not. quite. right. about this dude. Every time I look at him, I have a flashback vision of that crazy Jim Jones guy (you know, the Kool Aid psycho?) When I hear him speak, I think of some guy trying to lure susceptible people into buying a spaceship ticket to somebody's gates. Bad news: Vicky is in a bad place in her life & she's ripe for something to drink... I just wish she'd get back with Donn.


"You're not alone anymore."

Bitch, you better pray for some loneliness. Better lonely than dead. This dude sounds as sincere as a teenage boy with his first piece of ass. He is starting to scare me...

Alert! Alert! Get something for your eyes before you watch this one. I laughed so hard, I had salty tears trying to carve some new wrinkles on my face. I'm pretty sure I even accidentally burned a calorie or two.

Oh. My. Damn. Has this guy ever gotten laid with this bullshit game he's throwing?

That mess was so lame ass that Vicky almost missed it. She was still chewing food. Now, c'mon ladies, when a man you really like says anything hot, you just kind of fall all down in your heart, right? And if you really like him, he can say "Ah-choo" in a certain way & you're hearing every sweet or dirty word you know.

So what the robotic monotone hell was that about? He looked like a world leader trying to look calm while breaking really bad news about a bomb or something...

I do too - on my way getting the hell away from your crazy ass!

There is a way to say "Give it to me" and make someone's knees buckle or make them throw up or make them give you this look... 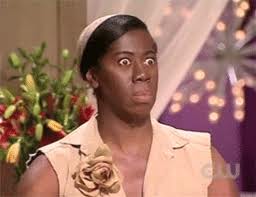 ...or make them want to dance:

When Rick James (Jacko wasn't the only misunderstood whacko) got demanding at least he put a beat in so you could move to it. LOL

Ladies: Joking aside for just a moment. I came out of an abusive relationship & that look in that man's eyes sent me back to a bad place for a minute. Crazy. Seriously. (If I didn't believe that a lot of the reality shit has nothing whatsoever to do with reality, I think I'd be writing to Vicky telling her to run like Wilma Rudolph.)**

Did you see his eyes? And there was not a damn thing sexy or sweet about that "Give it to me" crap. Later on, he acts all annoyed & mumbles something about "No PDA? Eff that..." Hmmm... I'm trying to assume that they are engaging in some kind of really awkward verbal foreplay - her talking about "Daddy" & him trying to play the tough. If so, it's really bad acting & wouldn't turn me on with three switches and a cognac, but that's just me.

Tamra's finally signing her divorce papers. I really did feel for her. No matter how shitty a relationship ends up being, they all had something good enough to make you want it in the first place. That's the part any person with a heart would be hurting over. So, yeah, I get it.

However (you knew this was coming, right?), Tam lost my sympathy for a moment when she did all that soulful reflecting back on "the good times." For one thing, I noticed that all those times had something to do with price tags. I mean, c'mon girl - you guys did have some really nice times. I know. I've been there from the start of the show (yes, I am ashamed to say that). ~sigh~  Just bad editing, I know, but it pissed me off because that's what TV always does. Shame on those editors. Dag-nabbit, the dirty rabbits!

I still feel for you, Tam.

Anyway, you  guys, that's how, um, productive my day was. I am now going to go and learn to make this Nilla Wafer Pudding Pie. I can't tell you how many times my sis has tried to get me through this. I really want to do it tho, cos my Baby Bro comes in tonight & I am SO freaking happy & excited. It feels like Christmas in my  heart! I'm going to go and do something to this head of mine & get presentable so I will feel like this 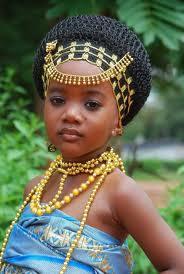 But it don't matter what I do, cos when I see baby bro, I'm gonna be like this 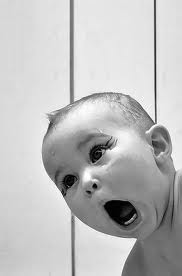 Meantime, hope you guys are all cool & well. Remember: Life's good most of the time & when it's not, just wait.

A Taste To Hold You

Guys - cannot post. Mind is scrambled like crazy this morning. Going to break from the Net & listen so some music. Might just need to slow the brain down. Will be back later if the grey cells work better.

In the meantime, just a little something I stole from a new Net buddy to make you smile. (And make sure to check out his site. Brother is a writing machine!

The day ended up being not so funky. Only strange thing that happened was that I finished a post this morning & forgot to Publish. It was still up on the screen when I got home from an appointment. Don't think that was Sarc. tho - just Rushing.

One of the fam was looking at the post from stateside & called me up to comment. They like what I did with the pics. Said I didn't bore them to tears trying to keep from mixing Project stuff with the blog. This is good to know. Of course, now you guys are going to be seeing a whole lot more posts like that one!

BUT - this post has a point & I better get to it before I start wandering all around BoreYaTa Deathland. Actually, there are two things I have to get done here:

One - after the app posting, I got a couple more emails about my not updating the World Wide Wow blog. Here's the thing - I just had too much going on. When my mind was sharper, I could work full-time, spend time with the fam & friends, have my "loner" time, and still juggle the EIGHT blogs I had going. Things have changed. I can't keep up right now. This blog and the Project are all I can really handle. Until I get better, I will do try to handle some of the email requests. I will start you all in the best direction ever by sending you over to the beauty & brains that is Kim Komando. Chick is bad-to-the-bone sharp (and cute, too, the heffa - like the Farrah Fawcett of Geeks) and she is the pro. Bookmark her. Find her radio show in your area. You will never ask me shit again. (Where the hell do you think I went for my tips?)

Two - I can't keep eating to kill the cigarette cravings, but I can bake to keep the hands busy. So... I am prepping a cobbler for dessert. Let me just let you know, I am from Texas & I can bake my feet off! My cobbler is known for being off the freaking chain. I will post pics when done. I can tell you what the reaction of the fam is gonna be: 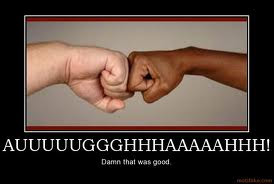 Had a cig craving. Did this instead. Will be perfect in the morning.

Right now, you can't tell me nothing! 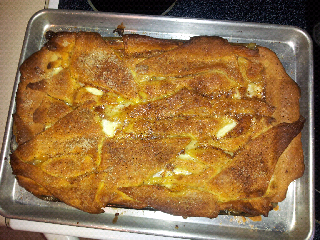